ATLAS Lens is a train-borne data capture device. Various models are available depending on requirements and restrictions. On-board, realtime processing can also be utilised using our FPGA chip built into our hardware.

ATLAS Lens is a train-borne hardware component which captures information from the railway and transmits the data back to our ATLAS platform for processing & visualisation.

ATLAS Lens is modular and components can be swapped depending on capabilities required in the specific use cases. The housing is rail industry rated/compliant and mounts onto a standard tail lamp bracket. Modules can include:

ATLAS Lens has built-in capability to do some processing on the device (edge processing) providing realtime outputs. This includes provided alerts direct to the driver. 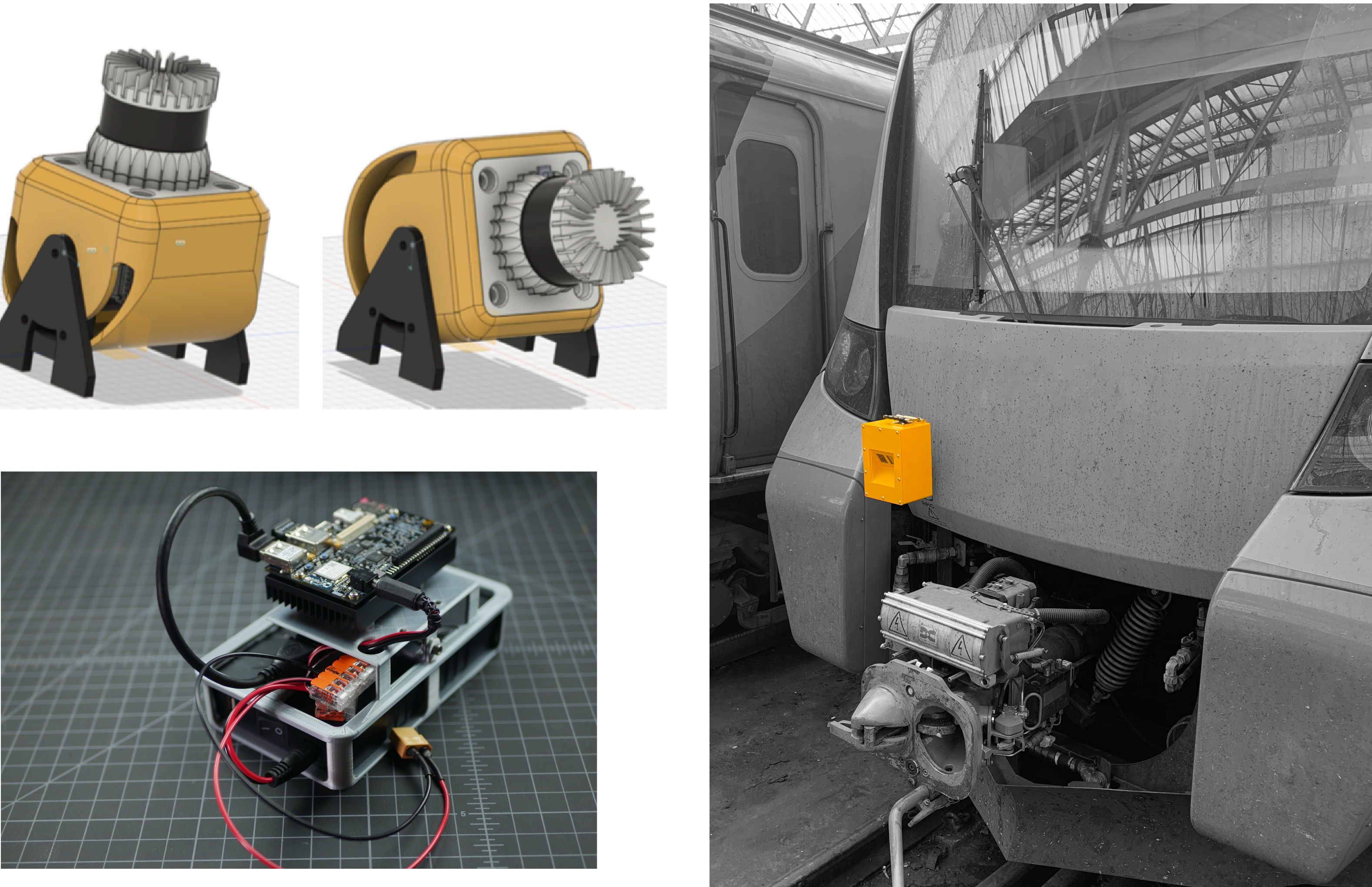 There are some situations when train mounted hardware is not practical. In these cases we also have a mobile app for data capture. A suction cup based mount is used to securely hold a mobile devices to the windscreen in the driver’s cab.

The ATLAS Lens app will automatically transfer GPS enabled video to our cloud platform for automated processing. Processed data will then appear on the ATLAS web based interface. 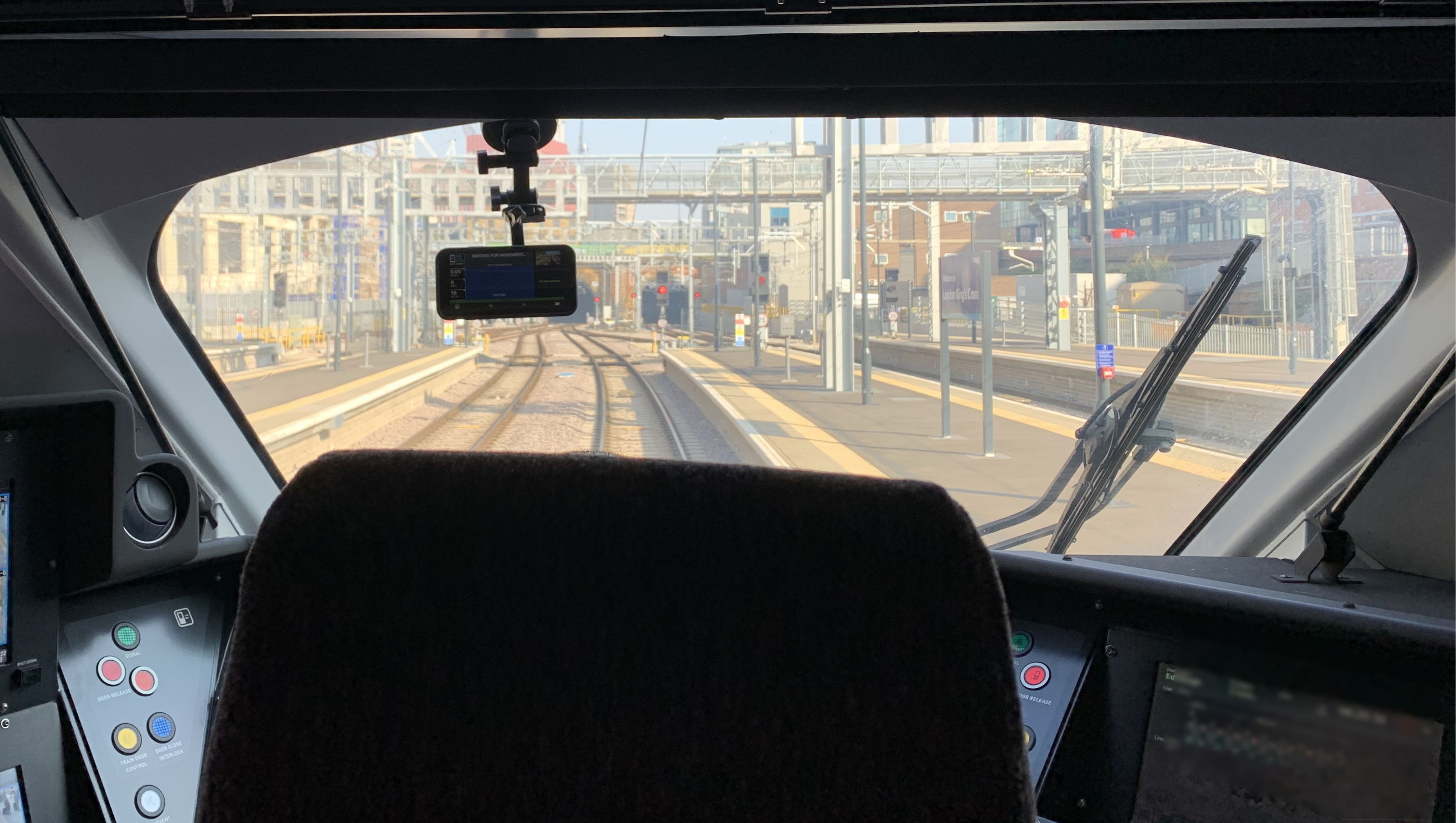 Some scenarios require data processing to be carried on directly on the hardware itself, and not transferred to the cloud. This could be for security reasons, or for speed reasons. For example, realtime processing can be used to analyse the scene in front of the train and communicate key information to the driver.

Engineering work on the railway network often requires access to the track, which usually occurs under a ‘possession’, where a section of the railway is closed to passenger and freight trains whilst the maintenance work takes place. During possession work, trains and rail-road vehicles (RRVs) operate on controlled parts of the network. In these locations the points are controlled manually, before being handed back to the network at the end of the possession. Passing over points in the wrong direction can force the points open which can damage the turnout or associated equipment. Passing over points in the wrong configuration can also cause derailment of the rail vehicle. Damaged points can be extremely expensive to repair, but also have a knock on effect in that the railway cannot be handed back after a possession, resulting in delays and cost.

ATLAS Lens was used with a thermal camera, with edge based machine learning (ML) / computer vision to recognise whether a set of points are opened or closed from a front facing video. Depending on the direction of the train approaching the points will either mark the points as safe or dangerous. Dangerous points are flagged and an alarm triggered to alert the driver in realtime, allowing them to stop before running over the points.

Realtime detection of open or closed points to prevent points run through during an engineering possession.

Talk to us about ATLAS

If you think ATLAS could fit into your workflow, we'd love to talk. Drop us a message using the button below and we'll get back to you.